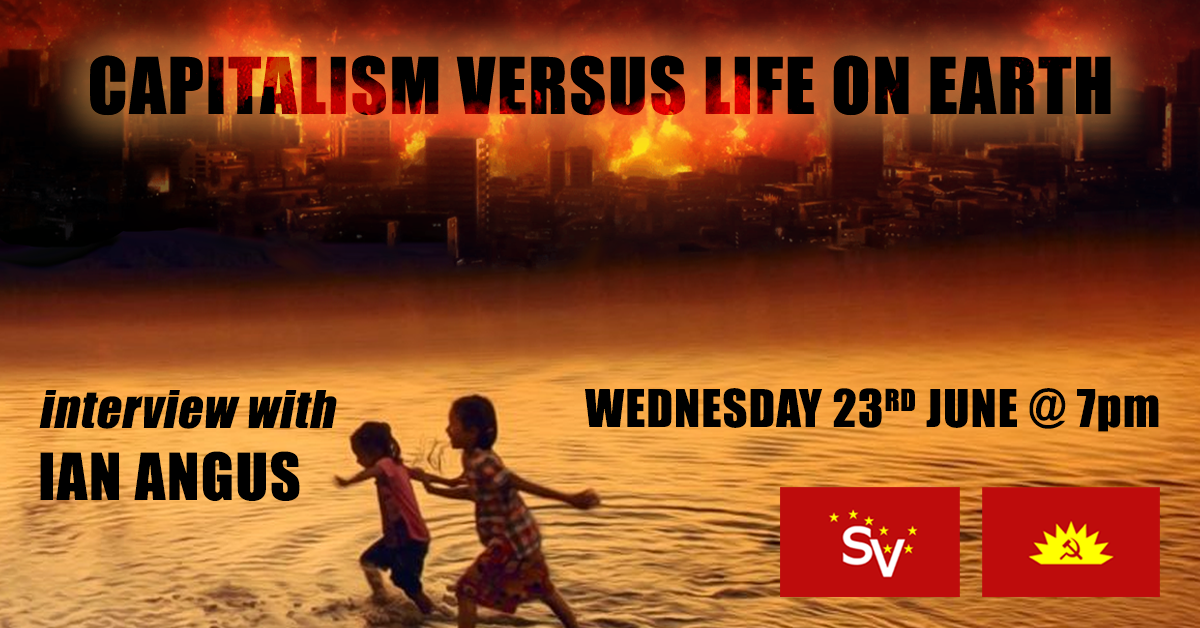 Capitalism versus Life on Earth. Online Interview with Ian Angus

IAN ANGUS is a socialist educator, historian and activist based in Canada. He speaks frequently at conferences on socialist and ecological issues, and his articles have been published in journals and newspapers around the world.

His book FACING THE ANTHROPOCENE: DIGITAL CAPITALISM AND THE CRISIS OF THE EARTH SYSTEM, which noted ecosocialist Michaey Lowy describes as “an outstanding contribution, not only for understanding the nature of the Anthropocene and its deadly consequences for human life, but also for explaining its social and economic causes.”
Ian Angus is Editor of Climate and Capitalism, an online journal focusing on capitalism, climate change, and the ecosocialist alternative which has attracted writers and readers from every continent. https://climateandcapitalism.com/

This event will be broadcast live on youtube and facebook at the following links. Or on this page below.