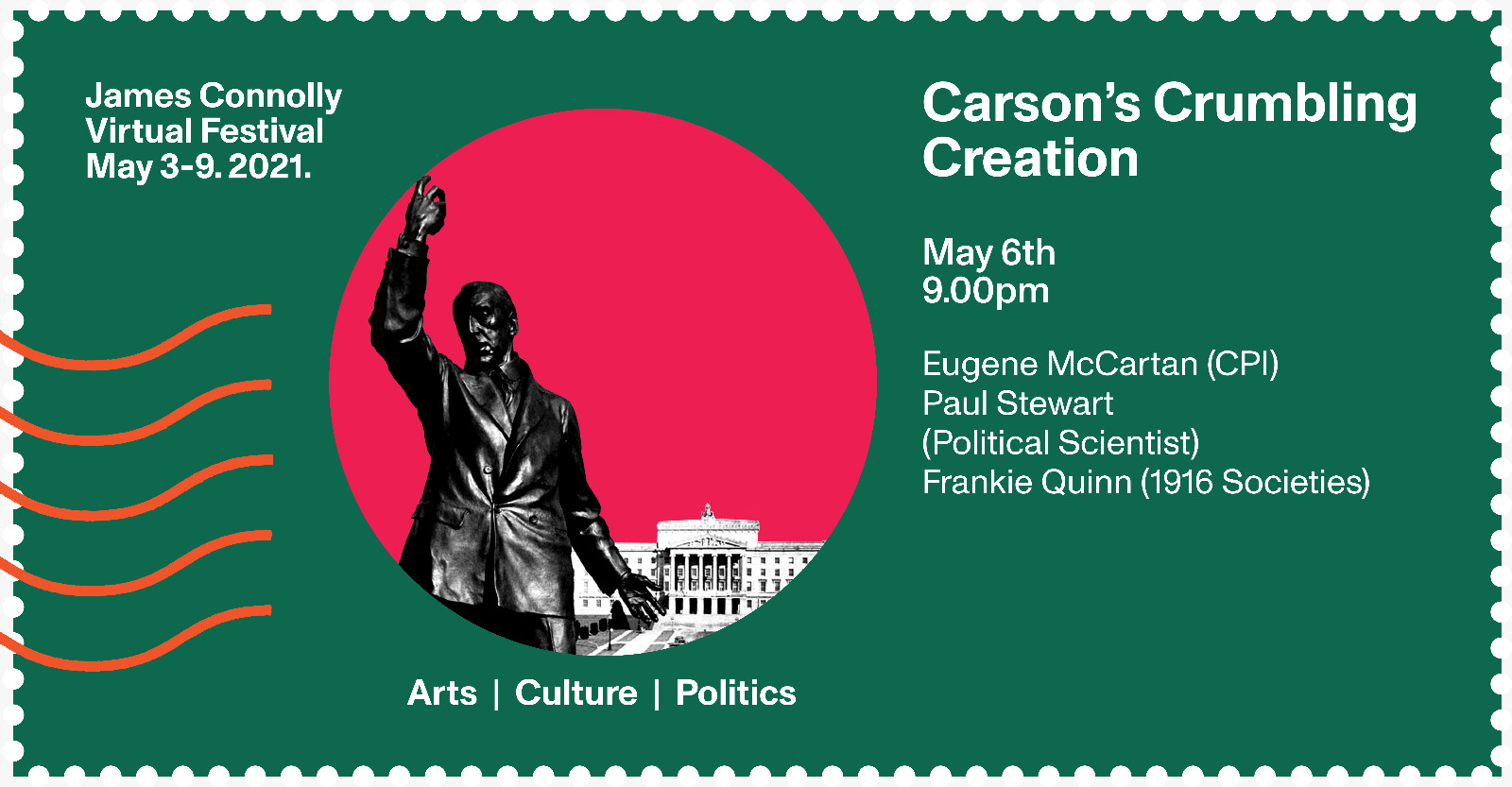 Established a century ago and now, the future of the Six County political entity has never been in such doubt. Challenged by demographic trends, British disinterest, an Irish sea border and the distinct possibility of a border poll, the ending of partition and the union with Britain are very much on the political agenda.

Here, three political activists: Eugene McCartan general secretary of the Communist Party of Ireland, Paul Stewart author and political scientist and Frankie Quinn chair of the 1916 Societies discuss the current situation with and likely future of the North of Ireland.

*This event will be streamed online, links to follow*