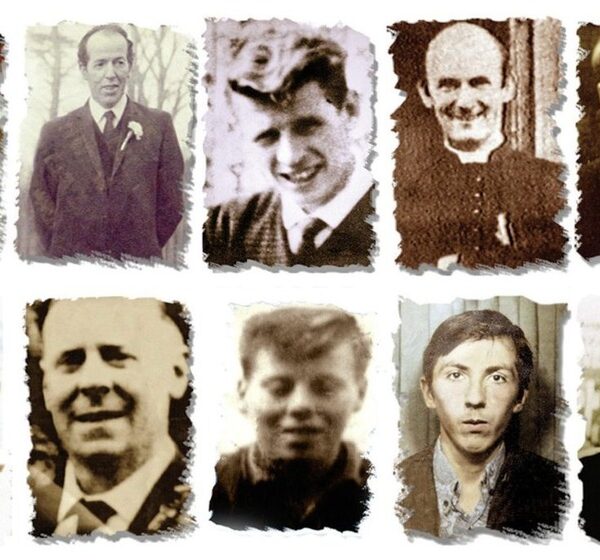 The decision of the Coroner Ms Siobhán Keegan to declare that the ten people killed “were entirely innocent of any wrongdoings on the day in question” is a welcome and important victory for the families of those murdered by the British Army in Ballymurphy, Belfast, in 1971 […]

D’eisigh Coiste Feidhmiúcháin Náisiúnta an CPI Following its most recent meeting, the National Executive Committee of the Communist Party of Ireland, is calling upon the trade union movement and progressive forces to demand that the Government break with the failed approach of allowing the EU Commission to control vaccination strategy […]

With International Working Women’s Day celebrations barely ended many people will have spent the morning watching the disgusting displays of police brutality captured at a vigil for Sarah Everard held in Clapham last night. This footage shows women who gathered to mourn and grieve being kettled, attacked and violently arrested […]

The scenes in Dublin city centre yesterday (Saturday 27 February) should come as no surprise to anyone. The reactions to the violence of the state were as could be expected, as were the weasel words of condemnation by establishment politicians.      Working people are frustrated with their everyday lived experience, their shattered […]

Over the recent period a serious rupture in the longstanding political relationship between the Communist Party of Ireland (CPI) and the Connolly Youth Movement (CYM) has taken place when, on 9th January at its extraordinary Ard Fheis, members of the latter voted to remove their support for the Programme of […]

Statement by the Communist Party of Ireland 13 January 2021 The publication of the report of the Mother and Baby Homes Commission of Investigation, cataloguing the horrendous abuse and exploitation handed out to tens of thousands of women over the decades by religious institutions—of both main religious faiths—lays bare the violence […]

Statement by the Communist Party of Ireland 28 December 2020 The covid-19 vaccine should be made publicly and freely available to all. Countries should be allowed to produce their own vaccines nationally and begin their vaccination programmes immediately.      Never before has the contradiction between private health and public need been so obvious.      In […]

Statement by the Communist Party of Ireland 19 October 2020 The exit polls and early counts in the Bolivian election indicate a major victory for the working and indigenous peoples, despite the mass repression, including the murder of many activists, workers and indigenous leaders by the military and fascist forces that […]

The covid-19 pandemic and its impact on women

New “Programme for Government”: a new three-party government with the same old policies

National Executive Committee 11 June 2020 The formation of the three-party coalition government in Dublin, and their agreement on a “programme for government,” is a case of more of the same—a continuation of the same old polices that favour the rich and powerful, policies that are pro-business and full of pious […]