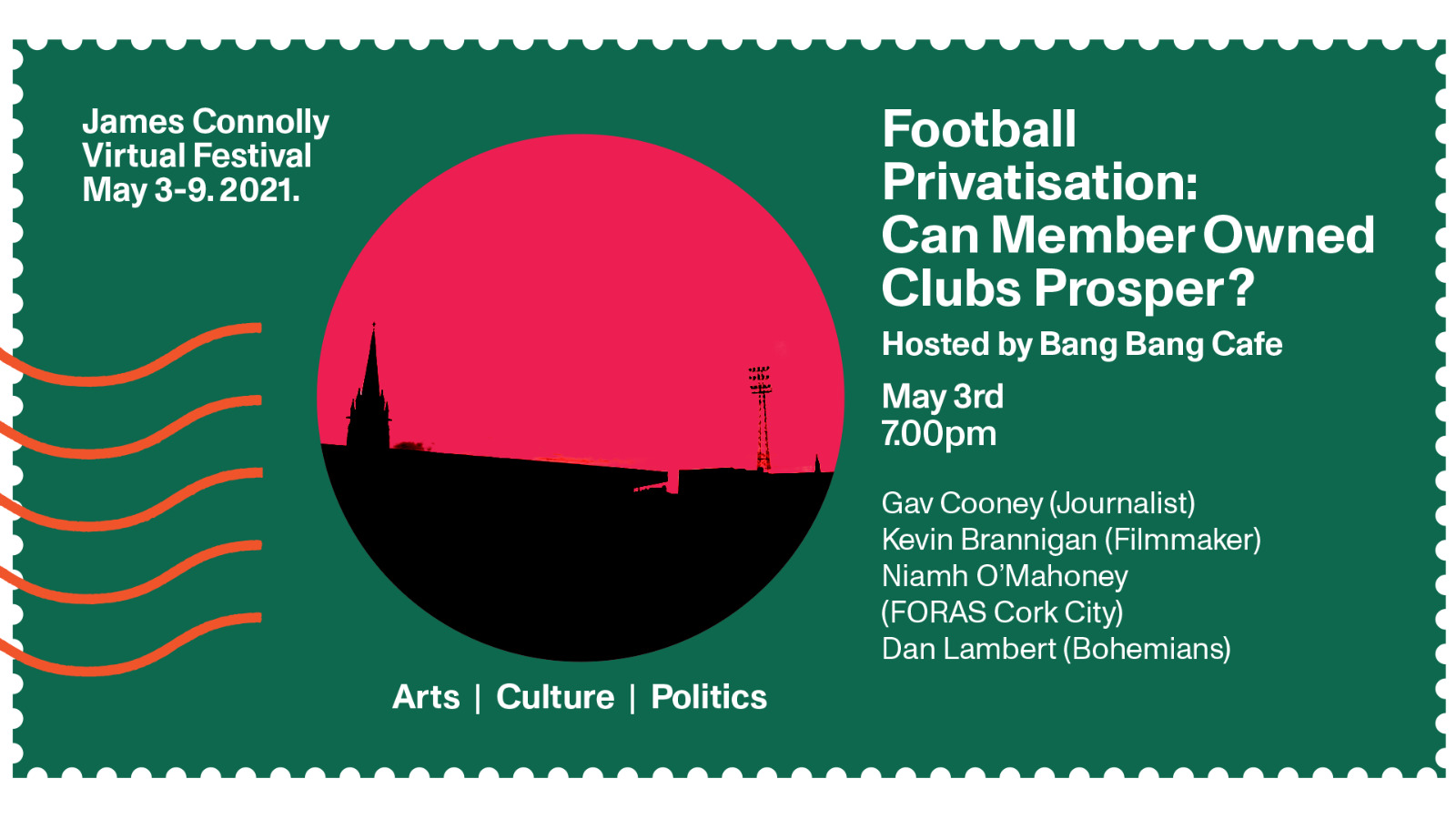 Hosted by Bang Bang Cafe. We launch the festival with a discussion around the privatisation of football and pose the question: Can member led clubs prosper?

Dan Lambert: Dan served on the board of Bohemian FC from 2011-2020 predominantly on commercial, marketing and the strategic direction of the club. He is now Bohemian FC Chief Operating Officer.

Kevin Brannigan: Kevin brannigan has produced two films on the subject of Irish football – Kerr’s Kids (2018) and In league with Gadaffi (2019). He now works at the42 and is a member of Bohemain FC.